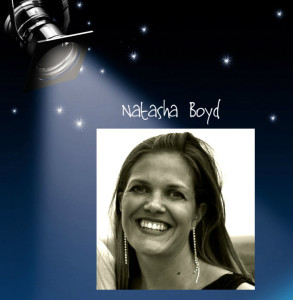 Author in the Spotlight…

Today, we are honored to bring you an interview with NATASHA BOYD, author of Eversea and Forever, Jack.  Be sure to visit our 5 Star Reviews here: http://wp.me/p32mvq-1K1

UAN: Hi Natasha! We are SO thrilled to have you here at Up All Night Book Blog! We LOVE the Eversea series and want to make sure everyone knows about them!

NB: Hi, ladies! Thank you so much for having me on our blog today. I’m so happy you enjoyed the books so much!

UAN: Wow, you knocked it out of the park with Eversea being your debut novel! And it recently won a Digital Book Award. Congratulations! What an honor for you, Eversea, and Fictional Formats! What were you thinking when it was announced?

NB: It was amazing. I met so many amazing, talented people up in NY at the Digital Book World Conference who were up for awards, so to have Eversea up for one too was a nerve-wracking experience. Angela from Fictional Formats assured me we had it ‘in the bag.”  This is 25% my award and 75% hers. But what it did, was show me how much traditional publishers are starting to respect the self-published market. I focused on thanking people and not tripping on my way up there. I did kind of trip on the way off stage though, and almost sent my trophy flying.  That wasn’t embarrassing!

UAN: Oh no! We can so imagine doing something like that!

Can you share a little about the Eversea series for those that are not yet familiar with Jack and Keri Ann?

NB: Jack Eversea is massively successful actor who kind of lost himself along the way  – he’s stuck between the gorgeous, over confident jackass he’s become and the regular, sometimes insecure, guy underneath who just wants to be understood and seen for his true self.   Keri Ann with her no-nonsense, grounded innocence is literally everything he didn’t know he needed.

UAN: What inspired you to write this story? Or better, how did the idea for Jack and Keri Ann’s story come to you?

NB: The characters played out scenes in my head and had conversations for months before I finally decided to start writing.  I wanted to write a cinderella type story where the heroine discovers she doesn’t need to be rescued, and the prince isn’t really that perfect. Two people who on paper couldn’t be more different, and would defy reality if they got together, but present it in such a real way that one can’t NOT buy into their story.  I also wanted to write a story about what it feels like to fall in love… when you meet that person you can’t stop thinking about and suddenly your entire world shifts to revolve around every look, every word, every touch. Those tiny things seem like monumental steps toward something that is as scary as it is exhilarating.

UAN: You have a beautiful gift of descriptiveness that immediately pulls the reader into the story. And the area you write about sounds so beautiful! What made you decide to place your story on the Carolina coast?

NB: Thank you! I work very hard on making sure a reader is immersed in the environment of the story. It’s my favorite thing for me as a reader to really live in the places I’m reading about. And the Lowcountry is such wonderful place filled with sensory richness and history, I guess my appreciation for it shines through.  It is also almost as far away from California as Jack could get!

UAN: Jack Eversea is quite the swoon-worthy male lead and Keri Ann is just down-to-earth enough with a sense of humor. If you could cast someone for them in a movie of the Eversea series, who would you want to see play their roles?

NB: He’s totally swoon-worthy, right?! Gah! I’m in love with my own character. (Thank God we’re not the only ones!) I know Henry Cavill is probably too old for the part … but I do think he’s lovely!  Someone almost plain, but beautiful in her own way like Alexis Bledel from Gilmore girls would be cool for Keri Ann. But it’s hard for me to envision them because in my mind they are their own people. 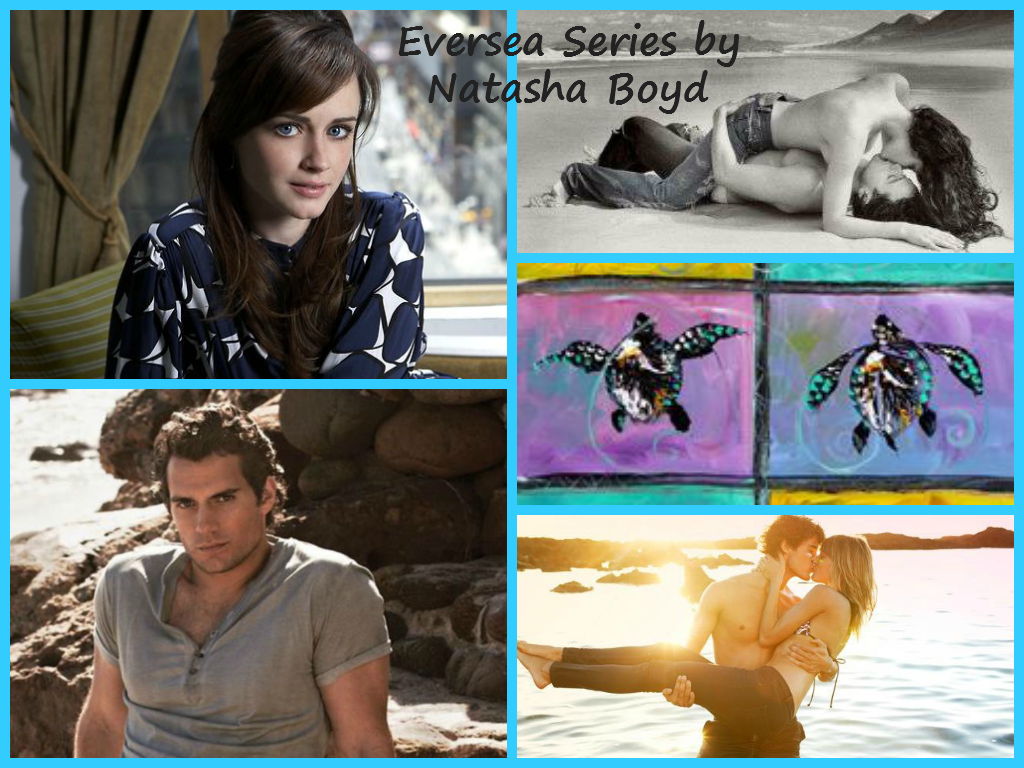 UAN: Some authors are ‘plotters’ and map out what they plan to write, some are ‘pantsers’ and flow with the story as it develops through the writing process. Which type of author are you?

NB: I’m a bit of both!  I plotted the idea of the story, but to be honest, the more I got to know the characters, the more they directed the story. You can’t make someone do something in your story because it suits the plot you pre-planned. It doesn’t ring authentic… so often you find yourself pantsing because it’s more true to the characters you’ve built that they would react a certain way. I found the only time I hit roadblocks was when I tried to control the story or the characters too much.

UAN: Is there any part of the book that is more ‘you’?

NB: Hmmmm…  interesting question.   Some of Jack’s background is me.  And the scene with Jazz and the margaritas is definitely me and a girlfriend – I’ve had some friends tell me they could literally hear my voice in certain parts.  (poor them! lol) Keri Ann’s journey of self-discovery of what she is capable of is also similar to how I felt about my writing.

UAN: Do you have any other books in the works at the moment?

NB: Yes … I’m not ready to say goodbye to Butler Cove yet. I’m working on a spin off (Jazz and Joey) and also something completely different (a new series).

The sea glass and turtles are so symbolic. Do you have your own collection of sea glass?

NB: I wish. True sea glass is quite rare. I have never found my own piece! There is a fan of Eversea who lives in Britain who was so inspired by Eversea, she has taken up the hobby of collecting and crafting with it. I love hearing that! And yes, the symbolism was huge.

UAN: Wow! How wonderful to hear that Eversea inspired her in that way!

We often think that environment impacts an author’s story and is usually some how a part of their writing.  Is this the case for you and can you tell us a little bit about it?

NB: I moved to the Lowcountry two and a half years ago and I was very resistant to it’s beauty. I just couldn’t understand why people adored this hot, sticky, marshy place …  and then it started weaving magic on me … In a way, Eversea is an ode to me falling in love with the Lowcountry.

UAN: And last question, what’s the last book that kept you up all night reading?

NB: I haven’t had much time to read lately!  I’m a judge for a big writing contest this year and just received the books. I imagine any free reading time will be taken up with those for the foreseeable future. I’m excited, I hope to find some real diamonds!

UAN: Thank you again, so much! Have fun reading and good luck finding some gems!

NB: I’ve enjoyed it! Thank you! Thank you so much for the time you take to share your joy of books! 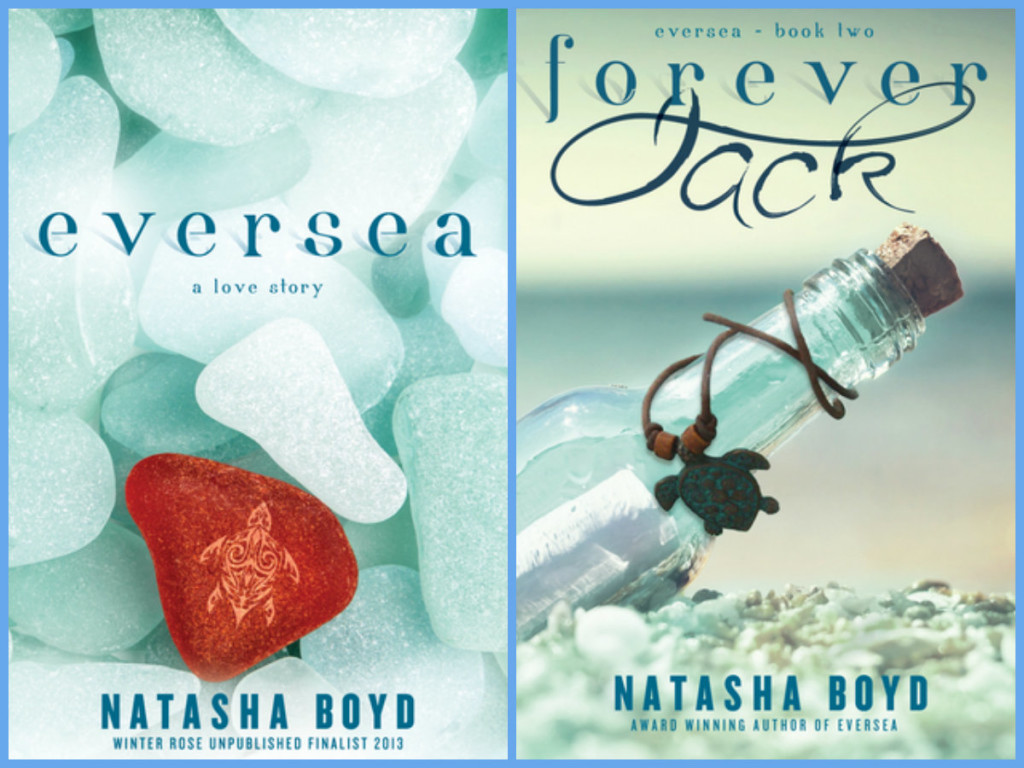 Connect with the Natasha Boyd