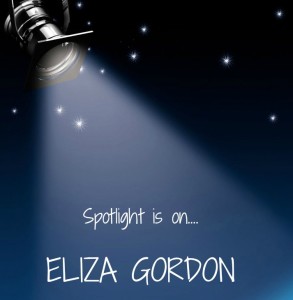 Today we are thrilled to bring you our interview with Eliza Gordon! Dawn & Nicole recently reviewed and loved MUST LOVE OTTERS and couldn’t wait to get the inside scoop on Eliza Gordon…Enjoy and be prepared for a few good laughs!

Thank you for joining us on Up All Night Book Blog. After reading Must Love Otters, we couldn’t wait to visit with you both!

For those not familiar with your book Must Love Otters, please tell us a little about it. 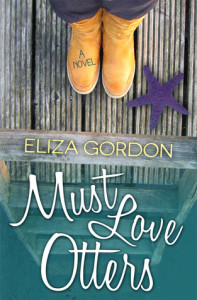 Must Love Otters is about 25-year-old Hollie Porter, unlucky in love, working a job she hates, in search of a better life. When her dad gives her a gift certificate for a Spa-and-Stay weekender at a posh resort in British Columbia, she decides to dump the yucky boyfriend and head into the wilderness on her own, in search of some action. The appealing thing about Hollie is that she’s Every Girl—so many of us have found ourselves in the same situation, wondering if there is more out there than what we have right now. Hollie goes in search of that, even though she doesn’t realize that’s what she’s doing.

How did you come up with the concept of Must Love Otters?

It incorporates all the elements we love: the Every Girl character, the hunky-but-real male love interest, the beauty of both Portland, Oregon (where I’m from originally), and British Columbia (where Mr. Gordon is from), hockey (!!!), and one of our favorite marine critters, the Northern sea otter. We’re very familiar with the current book market, and we knew we wanted to do something different, something that would make people laugh. Romance is great and all, but you can only read so many sexy-time books before they all start to sound the same. We wanted to throw the comedy in there so that at least, if people think they’ve read the Otters storyline before, they’d get the funny bits that are unique to our writing style. Plus I can’t write erotica because I giggle too much. Mr. Gordon teases me about this.

Must Love Otters had us in stitches so many times. Where did you get your inspiration for all the zany moments with Hollie and Ryan?

Mr. Gordon and I have pretty nutty senses of humor. We tend to think of a given situation—like, with Hollie, when she finds herself in an uncomfortable place with a guy she meets, faced only with a vast body of water and her own regrets—and we brainstorm all the trouble she could get into. For every wacky situation we come up with, there are three others that don’t get used. You have to be careful to not overdo the humor, and especially the physical comedy, or else it becomes farcical. We really wanted Hollie to be that girl who doesn’t have the greatest luck, because that’s closer to reality than the girl who gets the perfect job, the perfect body, the perfect guy—although Ryan is pretty perfect there in the end, I must say. Hollie needed to be relatable so that when crazy things happen to her, it’s that much funnier. 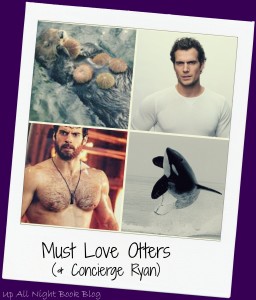 There were some wonderful (and a few scary!) interactions with the wildlife. Were any of those drawn on personal experiences? Have you ever had a close encounter with a cougar?

We live in a suburb of Vancouver, BC, and we have a lot of wildlife in our local area. I have photos from last winter’s only appreciable snowfall where a very large bear decided to leave his footprints in our side yard, just feet from our bedroom window; coyotes stroll our neighborhood like they’re someone’s lost pet; and cougars are not unusual. Just this year two were killed close by because they were stalking homeowners. We haven’t personally encountered any wildlife, other than raccoons getting into the recycling and the occasional rat our Maine Coon-cross brings home. We have to be conscientious when strolling by the river or in the woods, for sure.

Very natural. We do everything as a team, so this was the next logical step. Mr. Gordon mostly writes screenplays, so his approach is much sparser than mine. I’m the one who recently had to shave tens of thousands of words from a project. Talk about painful. Because of the differences in our styles, though, Mr. Gordon is better at plotting and building the skeleton; adding the muscles and meat is my job. It’s a complementary system.

Do you find yourselves talking about your joint writing projects all the time?

We do. In fact, we’re totally boring to hang out with because we always talk about stories, about shit we can throw at characters to make them suffer. When we’re not writing, we work other jobs—I’m an editor so I see a lot of good (and not so good) stories come through the pipes, and Mr. Gordon works in the film industry, so when we’re not working elsewhere, we talk ad nauseam about story, character, problems with storylines, etc. We’re total nerds. Lately we’ve been talking about Man of Steel because Mr. Gordon worked on it and I am totally obsessed with Henry Cavill. Oh, and Hans Zimmer’s soundtrack. See? Nerds.

How do you keep the business of book writing separate from the rest of your life together – marriage and family?

LOL, we don’t. We have three kids and they think we’re insane. Actually, they’re pretty good themselves at comedy and general silliness and it’s almost a competition at times to crack each other up. They also give us time to chat when we need it—they understand that Mom and Dad are much easier to deal with when words have been written. More than anything, though, Mr. Gordon and I want the kids to see that if there’s something they want, something they believe in, it’s theirs for the taking. It simply requires a little madness, some shedding of blood and tears, and a hell of a lot of hard work.

Are there plans for a new book? Any hints/teasers as to what it might be about?

Definitely. We have two projects in embryonic stages right now, both romantic comedies, of course. I’m superstitious, so I don’t talk about the work until the first draft is done, but I hope that we can make folks laugh—because honestly, that’s the point of everything. Look for a cover reveal in early 2014, probably February. It would be ideal to have the next book ready for Valentine’s Day, but again, I don’t like to rush projects. I can’t release something that’s half-baked.

For someone wanting to write a book, what advice would you give him or her?

Hire a good editor. And writing is rewriting. Don’t finish draft #1 and call it good. Doing so is a grave disservice to you as a writer and to the reading public.

And one last thing … we hear there’s a very spoiled four-legged family member in your house. Does Nuit help with the writing process?

She thinks she does—when she’s not eating the paper I’m writing on. She’s sitting on my lap right now, biting me when I try to type … But because she’s so cute, there’s nothing 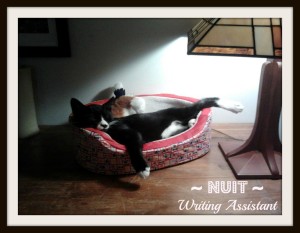 like a snuggle or a quick game of chase-the-mouse-and-kill-it-dead to bring about some creative rejuvenation. We’re cat people, which is why otters were so easy to fall in love with. Nuit is such an otter at heart.

Buy our book. And then tell your friends. Everyone needs a giggle now and again. 🙂

Thanks so much for the time!

Thank YOU so much for your enthusiasm for our book. We love it!

Grab your copy of Must Love Otters here: 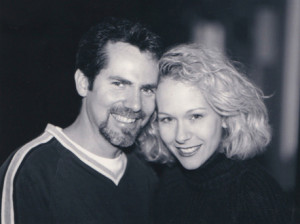 Eliza Gordon is a forgetful girl who relies on Post-It notes and cellphone alarms to get her through the day. An avid eater of cookies, she can be found with her hand in the jar when not in her cubicle. A purveyor of fictions, Eliza is confident that the life she lives in merely the imaginings of someone else’s hand, poured from a dull pencil on cafe napkins, and that she is simply an understudy, waiting for her turn to take the stage. She has excellent taste in books, shoes, and friends, and questionable sanity in the realm of love. Best leave that one alone.

In real life, she’s a husband-and-wife team of controlled chaos who writes stories to help you believe in the Happily Ever After.

About Must Love Otters

Hollie Porter is the chairwoman of Generation Disillusioned: at twenty-five years old, she’s saddled with a job she hates, a boyfriend who’s all wrong for her, and a vexing inability to say no. She’s already near her breaking point, so when one caller too many kicks the bucket during Hollie’s 911 shift, she cashes in the Sweethearts’ Spa & Stay gift certificate from her dad and heads to Revelation Cove, British Columbia. One caveat: she’s going solo. Any sweethearts will have to be found on site.

Hollie hopes to find her beloved otters in the wilds of the Great White North, but instead she’s providing comic relief for staff and guests alike. Even Concierge Ryan, a former NHL star with bad knees and broken dreams, can’t stop her from stumbling from one (mis)adventure to another. Just when Hollie starts to think that a change of venue doesn’t mean a change in circumstances, the island works its charm and she starts to think she might have found the rejuvenation she so desperately desires. But then an uninvited guest crashes the party, forcing her to step out of the discomfort zone where she dwells and save the day … and maybe even herself in the process.