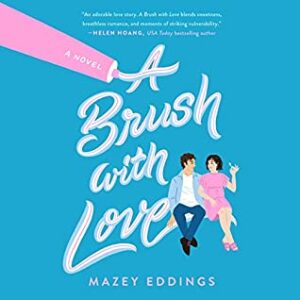 A Brush with Love

Harper is anxiously awaiting placement into a top oral surgery residency program when she crashes (literally) into Dan. Harper would rather endure a Novocaine-free root canal than face any distractions, even one this adorable. A first-year dental student with a family legacy to contend with, Dan doesn’t have the same passion for pulling teeth that Harper does. Though he finds himself falling for her, he is willing to play by Harper’s rules. So with the greatest of intentions and the poorest of follow-throughs, the two set out to be “just friends.” But as they get to know each other better, Harper fears that trading fillings for feelings may make her lose control and can’t risk her carefully ordered life coming undone, no matter how drool-worthy Dan is.

Blood, gore, and extra-long roots? No problem. The idea of falling in love? Torture.

Harper is a determined yet unsure woman.  She has crippling anxiety that often makes her doubt herself but her history has made her so strong-willed that she pushes onward.

To say their courtship was a slow burn would be an understatement.  Harper has struggled her whole life with letting people in, she’s afraid that anything with Dan will interfere with her goals. This holds her back and Dan’s not letting her push him away!

The narration was on point and brought Dan and Harper to life well!

Great debut for this author!