A book bloggers review of Fifty Shades of Grey Movie… 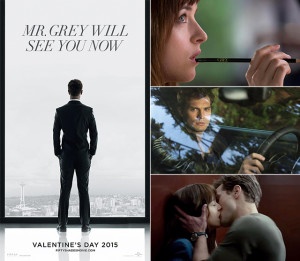 So yes, I went to the movies last night to see Fifty Shades of Grey with 8 friends and I was so damn excited to go!! We had a few drinks before heading there, and watched Jamie and Dakota’s interviews with Jimmy Fallon from this week…the HYPE was there. I can imagine that so many people are looking forward to seeing it they probably are bypassing the theatre and checking into if they can watch it online, they are probably checking out the best vpn for torrenting right now so they have a chance. I’m just super glad all 8 of us were able to go and see it for ourselves!!

As we sat in the theater, waiting through (way too many) previews, the excitement began to build even more. And so it began…the movie of the book that has changed so many people’s lives, more indie writers, more sex for many, many housewives and moms and I think the most profound is that it made so many women, readers again! I know it did for me… 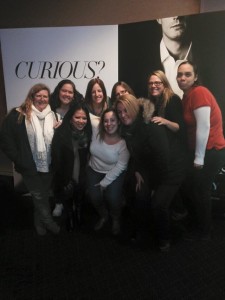 So the questions of the day…

Do I think it was as good as the book? NO, but I am not sure I have ever seen a movie made about a book that I liked as much as the book.

Was the cast who I would have picked? NO, but I have to say that I don’t think there would have ever been a cast that would have made all 100 million reads who read this book happy. My perception of Christian was so different than most of my friends.

Was I disappointed? NO, I think I knew going in that it would just be good.

Would I see it again with my husband? Ummmm…yes!

I have been so sad reading all of the comments and reviews on Facebook and the internet. Do I think that FSOG is glorifying domestic violence? Of course not because BDSM is entered into with mutual consent! That means by definition…mutual consent is when both parties agree. So with that being said…Ana knew what she was getting into, she was “on board”. Even more importantly than that, PEOPLE, THIS WAS A MOVIE!! Do we get angry at movie makers who make movies about war? Are they “glorifying war”, not they are telling a story, sometimes a “made up” or fictional story. Are people up in arms about what life may be like after the zombie apocalypse when they watch The Walking Dead? Will we all be walking around shooting people in the head and chopping their heads off with machete’s? Are we encouraging people to do that by showing it on a tv show? NO!!

Uggh…I want to scream when I see these people posting. My friends brother is a 52 year old (gay) man…and I am not surprised he said.

“RUN AWAY NOW!!!!!!!! This movie is going to make Basic Instinct 2 look like Citizen Kane.”

My response to him…ummm, this book wasn’t written for you and the movie wasn’t made for you. I would never expect him to find this movie entertaining, so why waste your time (and money) seeing it.

I saw another review complaining that Hollywood needs to stop making movies with “weak women”. So, all movies should be about strong women? That’s just a ridiculous statement. And if they saw the same movie as I did, I believe at the end we see a whole new Ana emerge!

So my final words, Bradley Cooper shouldn’t be worried that Jamie Dornan is going to take away his chances for winner an Oscar next year, I doubt it the Oscars will even mention FSOG when they do their nominations. I was impressed with the score, the soundtrack was AMAZING, the sex scenes were super hot, but not as many as I think we were all expecting, but damn did they hit a home run when they did do them! It was a shorten version of the first book. My favorite meme below about making a book into a movie – sums it’s up perfectly for me! 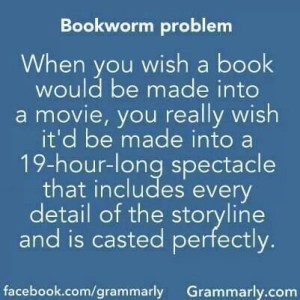 Why people were so surprised it ended like it did, we all read the same book right? Well, that’s how book one ended. I think if you enjoyed the book, you will enjoy the movie. So take my review for what it is, MY REVIEW. I have always said “God made chocolate and vanilla for a reason”. Some people will enjoy it like me and other will think it was horrible. But we see that in everything in our lives, so just go and live in the fantasy of Christian and Ana, it’s a fun place to visit!